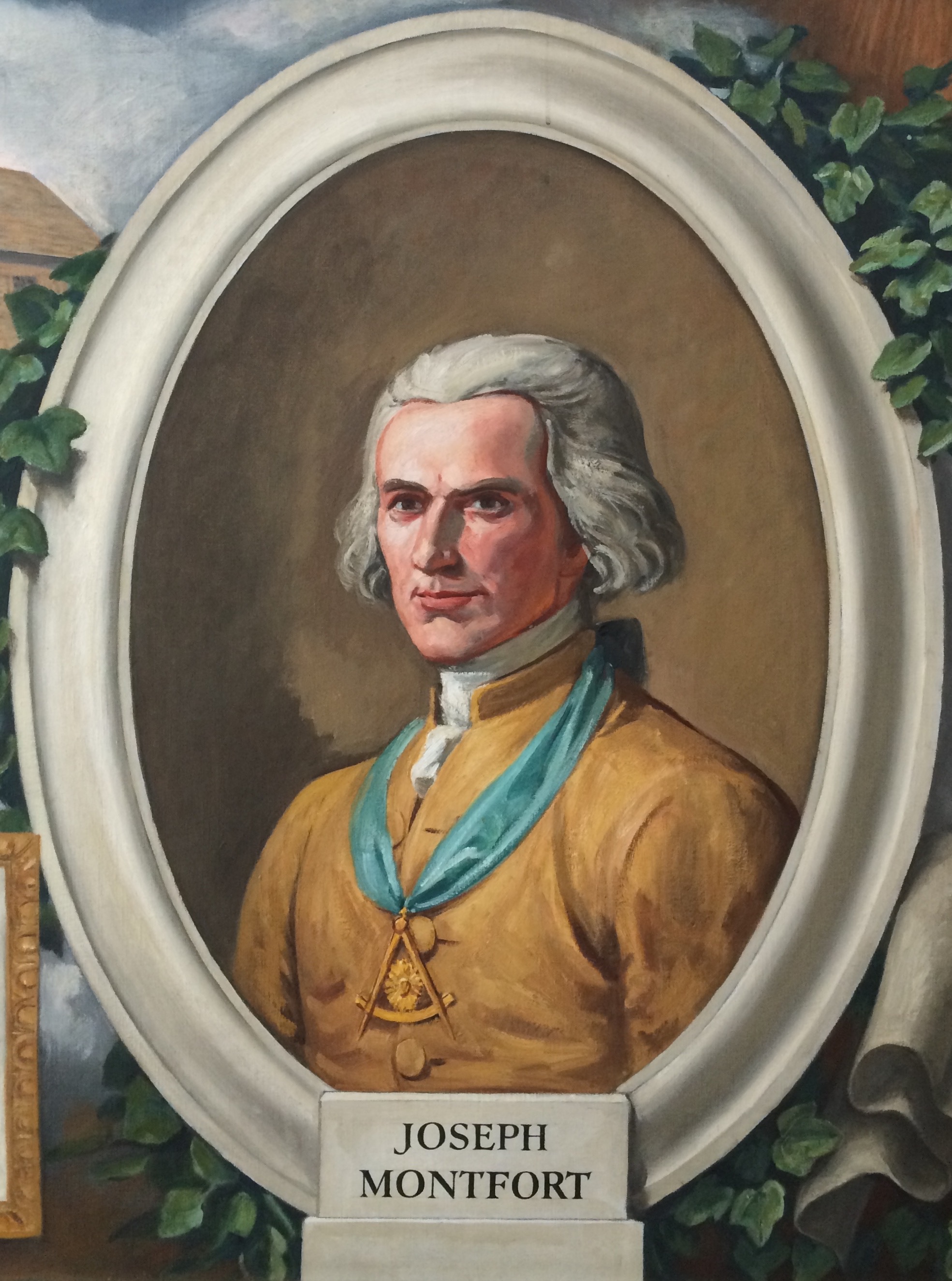 The Joseph Montfort Medal is the highest award that can be bestowed upon a Freemason by the Grand Master of North Carolina.

Montfort's short tenure as Provincial Grand Master proved to be a watershed for the development of Freemasonry in North Carolina. Montfort tirelessly promoted and organized the fraternity into an efficient and productive organization. He chartered at least ten lodges and helped reorganize a half dozen more and laid the foundation for the creation of the Grand Lodge in 1787.

Montfort's affect on North Carolina Freemasonry cannot be understated, and for that reason his name bears the highest award offered by the Grand Lodge of Ancient, Free and Accepted Masons of North Carolina. Upon the recommendation of the Committee on Masonic Jurisprudence this special recognition was officially established on April 17, 1940 with the passing of Code Regulation number 278. This regulation reads as follows: