Brother, Tell Me Your Story 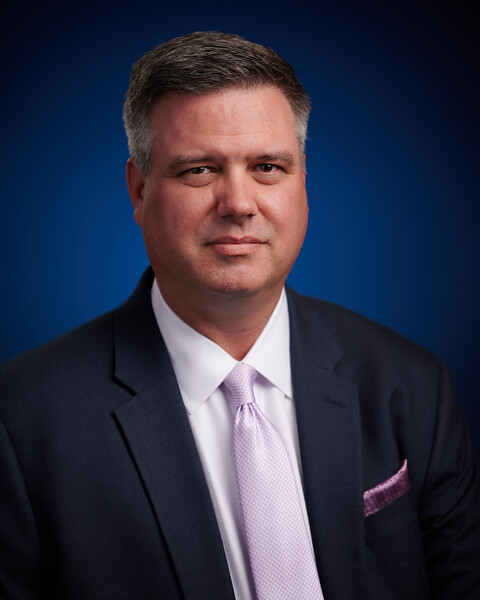 “I stand before you deeply touched and inspired by the confidence you have placed in me and I resolve to honor your trust, as I humbly accept the election to serve as the 167th Grand Master of Ancient Free and Accepted Masons in NC.”

These were the first (coherent) words I spoke after hearing my son, Graham, announce the results of the vote for Grand Master at the Annual Communication on Sept. 28.

I went on to thank Most Worshipful Mack Sigmon who has been like a father to me through our years of service together in the Grand Line, as well as my Masonic father, MW Dewey Preslar, who started me on this journey and told him how much I appreciated his confidence in me and how grateful I was for his advice and mentorship over the years.

I also thanked the members of Stokesdale No. 428 for their support and especially MW Bill Simpson who was a guiding light in our lodge and a great mentor to me in many areas of Masonry.

I then gave the brethren a brief introduction into who I am and what this fraternity means to me. My intent here is to expand on that introduction and describe my Masonic philosophy a bit better.

To do that I want tell a quick story…

How many of you remember Service Merchandise, the old retail chain with stores throughout the southeast region of the U.S.? There was one in Fayetteville, where I lived with my grandmother when I was in middle and high school. I remember going there on occasion with my mom and grandmother, but more than that I remember their catalogs. Not the tomes of Sears and JC Penney certainly, but always full of interesting wares. I have fond memories of sitting in the den thumbing through those catalogs. Of course, as a young man I spent most of my time looking through the collection of toys, bicycles, and sports equipment, but there was always one section of the catalog that caught my eye – the men’s jewelry. Many who know me, know about my watch collection. But in addition to admiring the watches, I used to wonder, “What are those cool rings?” I couldn’t take my eyes off the gold ones with the colored stones (usually blue or red) with an unusual emblem on top. At the time I didn’t understand the significance of that emblem and the only thing I really recognized was the letter “G.” Of course, the catalog referred to it as a Masonic ring, but we didn’t have the Internet back then and my grandmother didn’t own a set of encyclopedias, so my imagination was free to roam.

I often think back to that time. How attracted I was to that ring – and wonder why. I mean, they are cool rings! But, why, at the age of 12 or 13, was I so drawn to them?

As I said to the brethren at Annual Communication, I didn’t grow up with a father figure in my home and, at the time, I didn’t know any Freemasons – at least, not that I was aware of. Yet I was still fascinated by those rings!

Perhaps they’re just cool rings and young, pre-teen males are naturally attracted to such things. Or perhaps it’s more than that. Perhaps the fraternity has been calling to me my whole life. Perhaps Divine Providence (as symbolized by the Blazing Star in the center of our lodges) was at work?

As it turns out, the rings weren’t my only exposure to the fraternity. I distinctly recall a time in college when I traveled to West Virginia with a friend to visit her family. As an avid reader I was immediately attracted to her grandfather’s old library (he had passed away some years earlier). As I scanned the titles of the dusty old books, I caught sight of one particularly intriguing symbol. It appeared to be an eagle with two heads, with a crown and triangle above it. As I opened the book, Morals and Dogma, I saw that it was about that interesting, maybe mysterious, group of Freemasons. Unfortunately, I only had time (and patience) to quickly scan through some of the chapters, but I made a clear mental note that this, too, was about that fascinating fraternity.

It wasn’t until Graham was born that I came to understand what Freemasonry was. You see, I realized that, while my mother and grandmother were wonderful, loving parents – willing to guide me as a new parent myself, they weren’t able to provide a father’s perspective. So I began searching; hoping to find an organization with men of strong moral character whom I could look up to and who would willingly share their experiences and counsel me in my new role as a father. In 1997, that search, that hope “ended in fruition” when I asked Brother Ted Wright about becoming a Mason. I knew I’d found what I was looking for when I saw the spark in his eyes as he talked about the fraternity., I realized then that this organization, this fraternity could help groom me to be a better father, son, and husband.

After joining the fraternity – and finally buying one of those cool rings – I threw myself wholeheartedly into understanding what my early attraction was to Freemasonry. As I learned more, participated more, and reflected more I came to understand that we are the custodians of rituals and symbols rich in ethical, moral AND spiritual truths. We are so much more than a social fraternity.

Brethren, We are Keepers of the Light!

Freemasonry has been invaluable in shaping me as a man. Without this fraternity - this organization comprised of men dedicated to Brotherly Love, Relief, and Truth - so many aspects of my life would be different. I cannot fathom where or who I would be without its influence on me – without YOUR influence on me.

So, that’s my story – well, part of it at least. And I’m interested in hearing yours. Tell me your story. What attracted you to the fraternity? What have you learned about yourself by contemplating the symbols and rituals? How have you changed as a result of your time as a member?

Send me your stories. You can email them to sbradshaw@glnc.us, or if email isn’t your thing, send me a letter the old fashioned way to the Grand Lodge. They’ll get it to me. I can’t promise that I’ll respond immediately, but I do promise that I’ll read them and acknowledge the importance of them. Because, you see brethren, we all have a story to tell, and by telling our story we create excitement with each other. And when we are excited, we are engaged and when we are engaged, we thrive.

Finally, I hope you see now, why I say I’m a “proud Masonic esotericist.” Its difficult to ignore the power of the fraternity, of Divine Providence, in my journey through life. It’s even more difficult for me to ignore the idea that we are Keepers of the Light.

Brethren, keep the light and tell your story!