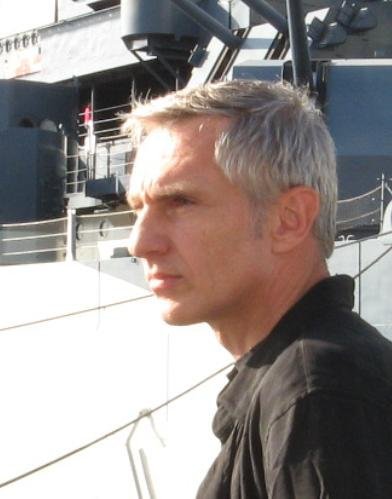 Brother Stephen Barrell was made a Mason in the Swedish Rite in 1984, and resumed activity in Freemasonry in 2013. A presenter on various aspects of 'survival studies' at international conferences, Brother Barrell also facilitates the Dreams Study Group and consults on Ghosts and Hauntings for The Rhine Research Center in Durham, North Carolina. He has a master's degree in musicology from Duke University, holds advanced certification in parapsychological field investigation, as well as certification in hypnosis, Past Life Regression Therapy, and Spirit Releasement Therapy. Serving since 2010 as executive director of Haunted North Carolina Paranormal Research and Investigations, Inc., Brother Barrell is a deacon in the United Metaphysical Churches of Roanoke VA, with ministerial ordination anticipated in 2016.

"Is the Widow's Son a Geometry Lesson?" This presentation delineates sacred geometry as is applies to the laying out of a building's foundation in operative masonry, and demonstrates that the HA legend may have originated as an 'aide–mémoire in the highest level of operative masonry. Duration: 35 mins.

"Immortal Remains: The Point in the Circle." Brother Wilmshurst's assertion [The Meaning of Masonry, 1920] that the immortal nature of man is "the secret centre of individual human life" was at that time a belief supported by scant evidence. Advances in technology and the scientific method have since provided an abundance of persuasive evidence - which is clearly demonstrated - that we, conscious human beings, are more than physical beings, and that we possess astounding abilities that transcend time, space, and even death." Duration: 1 hr.

"Music in the Bahnson Manual: Not What you Thought it Was." Music, one of the seven liberal arts, has always been an essential part at all levels of speculative Masonry. Although the 1892 North Carolina Lodge "Bahnson" Manual promotes the singing of Masonic Odes during our ritual, this is now a lost tradition. But the Bahnson Manual actually contains surprising information 'hidden in plain sight' about the role music is intended to play in NC ritual, using very familiar melodies that today's lodges can instantly perform. This presentation is particularly geared to lodges inspired to re-introduce music into the ritual.