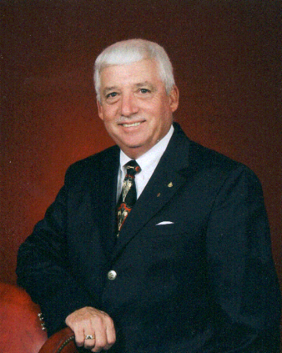 Brother Meadows is a veteran of the US Air Force and is retired from the Naval Aviation Depot at the Marine Corp Air Station at Cherry Point, NC. He was raised to the Subline Degree of Master Mason in 1981. His is a Past Master and current secretary of Zion Lodge 81, the sitting Jr. Warden of Lux Libertas Lodge 772, an honorary members of Mt Vernon Lodge 359 and Grantham Lodge 725, and a Past District Deputy Grand Master of the 7th Masonic District. He is the Director of the Work-Emeritus of the Ancient and Accepted Scottish Rite in the Valley of New Bern, Past President of Camp LeJeune Chapter 329 of the National Sojourners, and Past Commander of the Tun Tavern Heroes of '76. Brother Meadows believes duty to God, our Country, and our neighbors to be core principles of our Fraternity, and his programs include:

1) "Patriotic Knowledge" A quiz of 12 questions concerning the United States Constitution and the American flag that were enlighten, entertain, and foster informative discussion within your lodge.

2) "Build a Flag Program" A presentation concerning the construction of our American flag, stripe by stripe, star by star. The program also reviews some of the older and past flags of the United States.

4) “Historical Flags of the United States” A presentation with actual flags with histories of each flag and explanations of their period of use.